Borja Marrero’s cuisine is rooted in the earth. The pantry of the Muxgo restaurant runs through the different areas of Gran Canaria and stops above all in Tejeda, the town where he was born

A Borja Marrero, the pandemic has brought him difficult experiences, but as a fighter he is, they have helped him to learn, grow and move forward. It was not easy for him to abandon the project that he built so hard: the Texeda restaurant, from which he broke ties. But as they say, “when a door closes, a window opens”. To Borja Marrero A window has been opened for him with his Muxgo restaurant.

Located at the top of the Catalina Plaza Sustainable Hotel, in the heart of Las Palmas de Gran Canaria, Muxgo restaurant is Borja Marrero’s new opportunity to work with Tejeda products. The commitment to the island’s product is clear. Everything indicates that Muxgo will become one of the tastiest restaurants in the Canary Islands.

From the mountains to the sea

Marrero’s career has always been closely linked to his animals. If before he concentrated on the goat, in Muxgo he pays particular attention to the sheep, from which he uses absolutely everything in his kitchen. And when I say everything, I include offal. It comes to work with bowels that we have rarely eaten, such as the heart.

The menu The depths of Tejeda, It starts with dishes in which we find cheeses that he himself produces under the Quesos de Tejeda brand. Special pieces that simulate the mythical flower cheese. The difference is that it is made from animal, not vegetable, rennet. This gives it a more intense and less acidic flavor which is surprising. They are the first pieces and he has a long way to go. 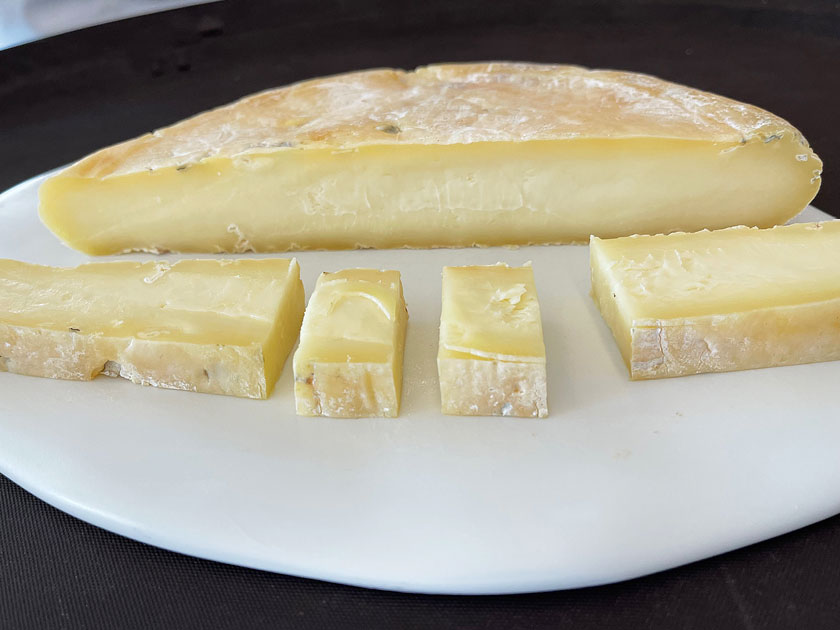 In the form of a snack, as a snack or as a main ingredient in paired soup bienmesabe. They are added to the cheeses vegetables from your garden. It goes a step further with ingredients such as eggplant or carrots. Also flirt with the edible herbs that make their way from the Canarian capital to the summit. Recover tradition with its version of Canarian watercress stew and get closer to the sea by incorporating local rock fish such as grouper, which it prepares in short broth, sama or sea bass that Aquanaria sustainably produces off the coast of Gran Canaria. 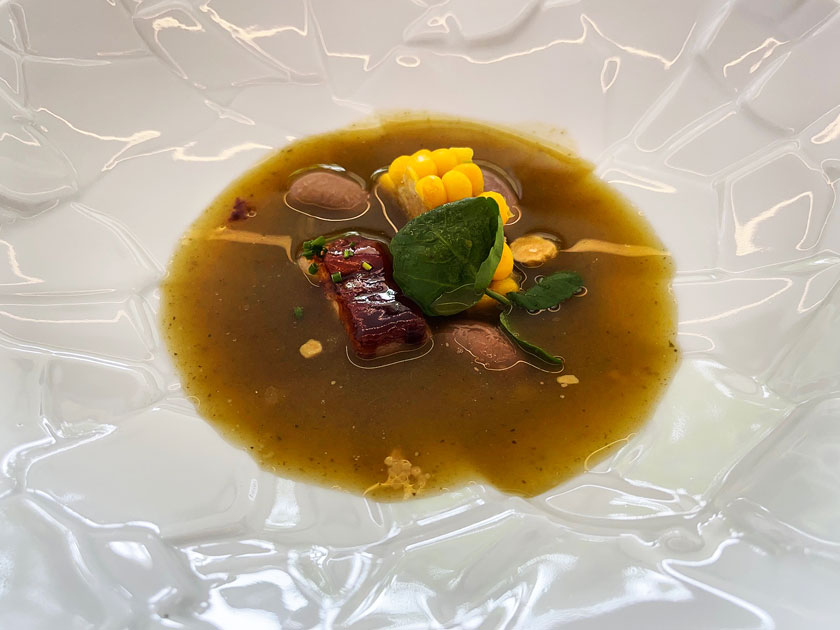 The key sheep of Muxgo

Borja Marrero proposes a total dish: dpiece of our sheep with its sweet rice. First, the raw pieces are presented so that the diner knows which parts they will taste: tartar, thigh, ribs, chop, foie gras from the liver and from the heart. Then Marrero comes into action.

The sheep also appears in the dessert, in the form of foam that complements a millet sponge cake, orange marmalade, pine needle soup. Accompany it with an artisanal smoked tundra ice cream, made from goat milk, which gives it a more powerful flavor than usual.